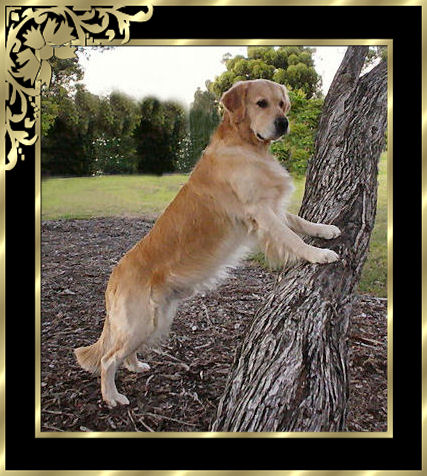 River has had so much success in the show ring from a young age and winning his first Challenge at 9 months old from the Puppy Class and finished his Championship title in the Junior class 16 months old at the GUNDOG CLUB OF SA. He then gained his Grand Champion title at the age of four. He was the 2nd and youngest male Grand Champion titled Golden Retriever in South Australia. In 2006 River was invited to compete in SA Battle of the Champions but we could not go. During 2006 River gained his ET title, and still only a young dog has achieved all this! River continued to show occasionally after 2007. 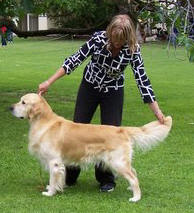 Some of River’s highlights include:

River’s wins were even more special as River was home bred, owned and handled to his Aust Grand.  Along with his handsome looks he has a superb temperament to match.  River was a consistent winner in the show ring and won under International, Interstate and Specialist judges and we would like to thank them all for awarding our super boy.  River lived a wonderful long life passing away in my arms at only one month before his 16th birthday, we were so honored and grateful to have you in our lives my sweet River you will never be forgotten. 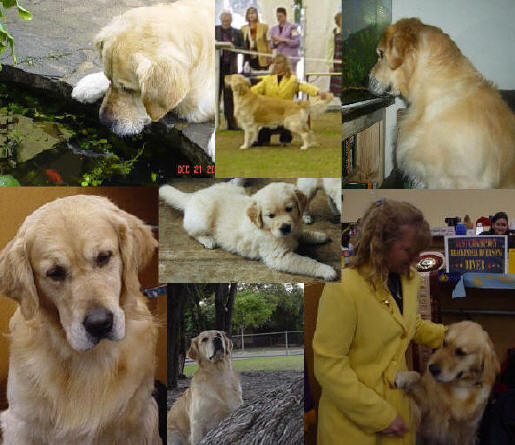 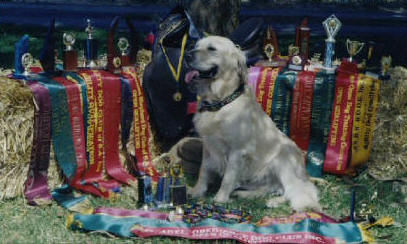 Forrest just loved to please and rarely had to be shown an exercise twice and like all true Golden Retrievers loved to retrieve anything. I was interested in Obedience and joined the Gepps Cross Dog Training Centre and during our time there at the Club Annual Awards won the Best Handler Award, The Perpetual Trophy and The Toby Award.
In 1997 Forrest and I began trialing for his Novice Title and in no time at all Forrest had his Novice ‘CD’ title next came his ‘CDX’ title and an Agility ‘AD’ title as well! Forrest placed nearly every time he passed in the Obedience ring and ended his career on a high at the Dover Garden K & O Club trial winning the Highest Scoring Dog In Trial, Highest Scoring Golden Retriever and a First Place from the Open Class, the judge was Mr D Rumble.
His time in Agility he really enjoyed as well and took no time at all to learn this sport, along the way winning a team trophy (the other members of his team were Shelties) and he also gained one leg of his ADX title.
Sadly my Forrest was diagnosed with heart disease and spent his last years by my side. Forrest lost his battle in June 2003 which was a devastating loss. He was only 8yrs old. I will never forget my special boy and he will always be in my heart and never forgotten…….my best mate forever!! 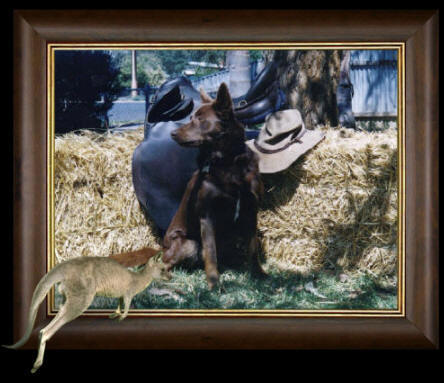 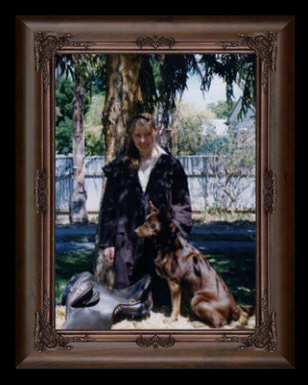 “Copper“ was a gift from my Mum for my Birthday, I wanted an Australian Kelpie.

Copper grew up thinking he was a Golden Retriever and we never had the heart to tell him he wasn’t!  He was such a laid back boy that we strolled through our Obedience work and when we finally decided to enter a trial we got our “CD” title, Copper was 5yrs old (we were in no hurry). Copper and I had a great time doing Flyball, probably the only time Copper showed real enthusiasm about anything! The first thing he did was christen the Flyball box……..(by lifting his leg on it!) A bit embarrassing but when we got over that he did well gaining his FD title at the Adelaide Royal Show.

Copper was a great “teacher” to our golden pups and mates with all our Goldies, he had the perfect temperament and was always friendly with everyone he met. Always ready for a game or just sitting quietly beside you knowing instinctively what mood you were in.

He was the best!

Copper was my best friend and so loyal.
Very Spoiled and Very Loved  and will be Greatly Missed by Emma-Lee and all at Brackendell. 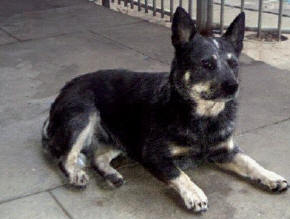 Bella is an Aust Cattle Dog but she thought she was a Golden. She was our  Forrest’s
Obedience trialing buddy and best mate all his life.
It was with much sadness that Bella passed away in October.  Thank you to the Rose
Park Vet  Clinic  for their care and compassion during this sad time.

Owned,  Loved and Missed  by her family
Bronwyn, Sarah and Ben Fraser
&
by all of us at  Brackendell

Holly was the first female dog I had owned and was only shown a few times which she won a 19pt Challenge and a few R/U BOB’s but she did not enjoy the show ring so I thought we would have a go in Obedience. Holly enjoyed this a bit more and gained her CD title. Holly had a very soft gentle temperament and always loved to accompany me on Nursing Home visits and going to the Pet Expo each year where she could be the center of attention with lots of people cuddling and patting her.

She produced for me my first litter and had five puppies with two of them gaining titles, they are :
Aust Grand Ch Brackendell River Song ET
Brackendell Idaho Sunset CD ET

and a grandmother to in all breed and specialty class in group/in show winning grandchildren including  Brackendell River Melody & Brackendell Happy Chance who were only shown a few times.  Holly retired and was a loved and treasured family member of Deb Kelly and family.  She loved visiting Once Upon A Pet with her best mate Matt on Saturdays, where she spent the day have cuddles and pats while Matt worked. 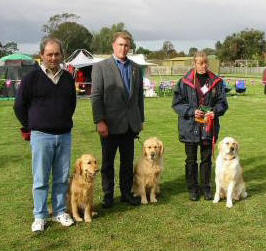